About the Goldsen Institute 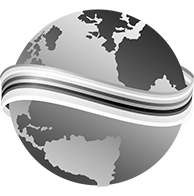 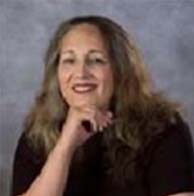 Virginia Commonwealth University, US (retired)
Bio
Main Research Areas: Lifepath Disparities in the Trans* and Non-binary Populations populations, wisdom development and spirituality/religiosity Biography: Tarynn M. Witten, PhD, MSW, FGSA, is a Fellow of the Gerontological Society of America and holder of the Inaugural Nathan W. Award for her work on the use of supercomputing algorithms to study the effects of sample size estimation on mortality patterns in different animal species. She is currently Emeritus Professor of Computer Science and Adjunct Professor of Social Work at Virginia Commonwealth University. In the past, Dr. Witten has served as one of the consortium members of the Biomarkers of Aging Project located at the National Institutes of Health/National Institute on Aging. Dr. Witten was a member of the consulting consortium of the Healthy People 2010 Project and formerly served on the founding Board of Directors of the National AIDS and HIV over Fifty Association (NAHOF). She has served on the National Gay and Lesbian Task Force on Aging and as a member of the Virginia Commission on Aging. Along with her colleague Dr. A. Evan Eyler, she published the first refereed scientific research publication on violence and abuse in the transgender community, bringing to light the public health issues of violence against the trans-community. She has published over 60 research papers, books and book chapters related to gender-identity challenges in the elderly. She is the author of the UC Santa Barbara Center report on “Transgender & Intersex in the Military”, the first comprehensive report on the subject matter. Her book, “The Tao of Gender,” is a Taoist view of the transgender experience. Her most recent book is, “Gay, Lesbian, Bisexual & Transgender Aging: Challenges in Research, Practice and Policy. She is the 2009 winner of VCU’s Burnside-Watstein award for her services to the GLBT community. She is an outspoken advocate for the rights of the trans*/non-binary and intersex-identified elderly populations. Selected Works: Witten, T.M. (2016). Health and well-being of transgender elders. (in). Annual Review of Gerontology and Geriatrics – LGBT. (Eds.) Hash, K. & Rogers, A. New York, N.Y.: Springer Publishing. Witten, T.M. (2016). Intersectional challenges of aging and of being a gender noncomforming adult. Generations, 40 (2): 63 – 70. Porter, K., Brennan-Ing, M., Chang, D., dickey, l., Singh, A., Bower, B. & Witten, T.M. (2016). Providing competent and affirming services for transgender and gender non-conforming older adults. Clinical Gerontologist. DOI: 10.1080/07317115.206.1203383 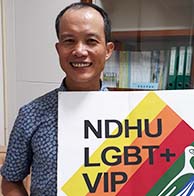 The University of Hong Kong
Bio
Main Research Areas: Chinese identity, homosexuality and masculinity Biography: Dr. Travis S.K. Kong is a leading sociologist of gender and sexuality with a specialization in Chinese identity, masculinity and sexuality. He is Associate Professor (2012-) and Programme Director of Media, Culture and Creative Cities (2013-) in the Department of Sociology at the University of Hong Kong. Kong is the co-editor of Sexualities, the leading journal on human sexualities which encourages multidisciplinary, theoretically driven, research-based qualitative approaches within a global framework. His publications represent original, innovative and outstanding contributions to international scholarship. To date, he is the author of Chinese Male Homosexualities: Memba, Tongzhi and Golden Boy (Routledge 2011; Chinese edition in 2018) and Oral Histories of Older Gay Men in Hong Kong: Unspoken but Unforgotten (Hong Kong University Press 2019; Chinese edition in 2014), and has published numerous articles in such high-impact journals as British Journal of Sociology, Urban Studies, The Sociological Review, Men & Masculinities, British Journal of Criminology, Qualitative Research and The Lancet. As an active public sociologist in Hong Kong, his participatory action research has had significant impact on the community. He is the founder of a self-help group for older (60+) gay men called Gay & Grey, which is the first and only non-profit non-governmental organisation looking after the well-being of older members of the LGBTQ community in Hong Kong. This project’s impact is evidenced by his receipt in 2015 of the Social Sciences Knowledge Exchange Award (https://youtu.be/JTAjZjtMYFA) from the University of Hong Kong. He also received the Prism Award from the Hong Kong Lesbian and Gay Film Festival in 2014 and the LGBT+ Advocacy Award from Community Business in 2020 in recognition of his long-term service to and research on the LGBTQ community. The multi-award-winning feature-length movie Suk Suk (dir. Ray Yeung, 2019) is based on his book on older gay men in Hong Kong. Selected Works: Kong, T.S.K. (2019) Oral Histories of Older Gay Men in Hong Kong: Unspoken but Unforgotten. Hong Kong University Press. Kong, T.S.K. (2019). ‘Transnational queer sociological analysis of sexual identity and civic-political activism in Hong Kong, Taiwan and Mainland China’, British Journal of Sociology 70 (5): 1904-1925. Kong, T.S.K. (2018) ‘Gay & Grey: Participatory Action Research in Hong Kong’, Qualitative Research, 18(3): 257-272.